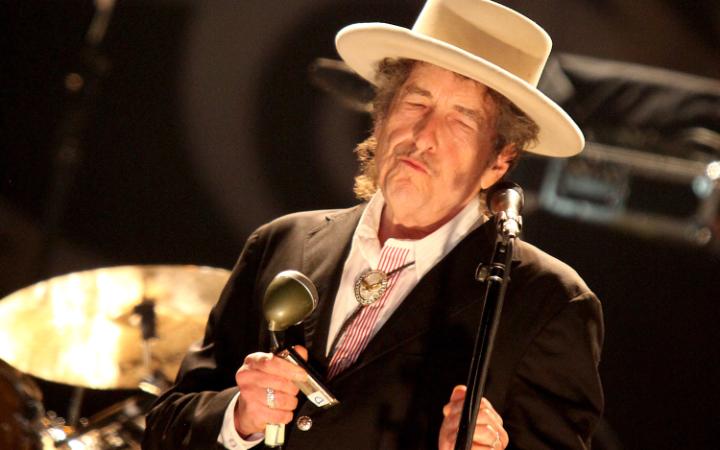 Yesterday I was preoccupied when I heard the news that Bob Dylan was elected Nobel Laureate. I was worrying that writers might take this as some sort of insult to their craft – even though poetry was originally sung in verse and accompanied by a musical instrument. If I’m not mistaken, oral tradition pre-existed the written word – odes and narratives survived because they were scanned and singable. They were transmitted vocally and not until the advent of the printing press did literature enter the public domain. I gave Dylan’s triumph a think and decided this choice was really a message for unity and fellowship at a very dangerous moment when fascism is on the rise worldwide, fueling fear and hatred, dividing people very effectively. Music is an integral part of our cultural heritage. It is trans- , cross- everything; it knows no frontiers, travels on waves and belongs to everybody. It is free and democratic. Any song can be your song – as if written just for you.

This is what is going through my head – I think the decision has something to do with universality and ‘brotherhood’ (in these torn and terrifying times) and how Bob Dylan’s music & lyrics resist over the decades, inspire and re-generate (his work is borrowed from and re-sung by most vocal artists). His songs are boundaryless and I believe just about everyone can sing at least a couple of lines of a Dylan tune.

As usual, the decision at Stockholm was not apolitical. Maybe awarding Bob Dylan the Nobel Prize for Literature in 2016 is a kind of peace offering – to imploding America just before the upcoming presidential elections? The pipe has passed to Dylan in the hope he might use his powers as America’s bard to denounce Donald Trump’s presidential designs? The world would approve of that. And in so doing, Dylan would remain true to his legacy of non-conformist, anti-establishment thinking and action by speaking, or singing out in dissent. We’ll see about that.

In the meantime, not to lose sight of the true magnitude of the moment, just maybe the Swedish Academy is trying to encourage America to show her best face at the very moment she is utterly racked by violence, division, prejudice and paranoia… and slammed by tidal populism. By acknowledging the power of song and its lyric content to bear and convey meaning and emotion that is accessible to all.

It seems all the more important to recognize song’s resonance in our non-literate, visually besieged era. By supporting the continuance of a centuries-old American tradition that sprung from song poems, chants then later evolved into ballads, to be further enriched by Gospel, Blues, Jazz, Folk and Country music to reach a kind of verbal paroxysm in Rap… The Nobel Prize awarded to singer-guitarist-songwriter Bob Dylan is a celebration of the vernacular that speaks of and to all folks.

Bob Dylan sings for everyman, he sings for the unsung. He crosses borders and generations, just like a rolling stone. This is one Nobel prize-winner whose name is recognizable to pretty much everyone, young and old. That may be something of a first. Hail to the Republic of Rock! 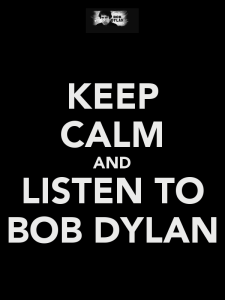